I’ve talked a lot about Jack and what happened to him and to me but today I just want to talk about Jack’s amazing Daddy, Andrew. And to praise all the Premmie Dads out there.

No parent is ready for or expects to end up in the NICU. But in the whirlwind of pregnancy, and early arrival and a NICU stay, Dads can sometimes feel a bit overwhelmed and unsure how to help. Jack was my whole world from the very first instant I found out I was pregnant but for Dads it isn’t really the same. For a while they don’t even really believe its happening because there is nothing concrete for them to see. The bump and the kicks don’t start until later and you don’t get a scan until 12 weeks and a lot of couples keep it a secret until the 12 week scan too. The Mum feels a connection instantly – straight away my intuition told me it was a boy and Jack remained my favourite name the whole time. I don’t think Andrew really believed it was happening until the first scan and he saw Jack ninja-ing about on the screen. The only other thing he had to go on was my nausea every morning at exactly 7.40am!

Imagine how overwhelming it is then to be told that the baby is going to arrive in less than 24 hours when you’ve only just gotten used to Mum having a bump and feeling kicks! In the hospital everything was centred around me and Jack and what was happening to our bodies. Andrew wanted so badly to make it better and to feel useful but it was difficult. I told him that if he had to make a choice of who to save then he should save Jack but he didn’t want to think about that. He listened to me, his heart breaking in two, say that Jack comes first even though the Doctors disagreed.

Then bam, I am being wheeled into theatre and he wasn’t allowed in until I’d had my spinal and everything was ready to go. He was waiting outside thinking about how he was going to cope with being present for an operation on his wife when actually he’s quite squeamish. I’d begged him to be there though, for me and so he could see Jack straight away, so in he came. He was amazing. He chatted to me and kept me smiling and even went over to see little Jack when they were examining him before he was whisked away. He saw stuff he didn’t want to see (the other side of the screen!) but held it together to be strong for me. It meant more to me than words can say.

Afterwards, he sat next to me in recovery until Jack was stabilised. He said that the Doctors were miracle workers to have completed everything that quick – I think the whole op took about 40 minutes – without any complications. A couple of hours later, by which time it was about 5am, he was the first to go and see Jack with my Mum. I was still not ready to be moved with drips and DVT boots etc.

He went and took pictures for me and said that he sat by Jacks incubator and wept because he was so small. The NICU gave him pictures they’d printed off of Jack on a card with his footprints to bring back to me. He said that the Doctors were pleased with Jack. I remember just thinking that Andrew was in shock. Our lives had been turned around in less than 21 hours. 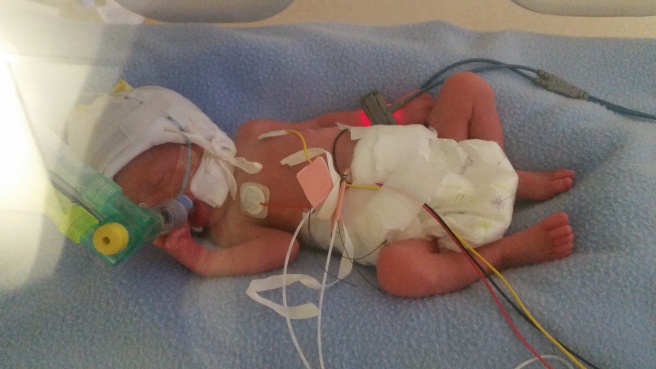 Andrew then patiently sat with me in my room while I learnt how to hand express milk. He escorted me to see Jack to and fro from the ward. He sat with me while I watched Jack earn learn how to breathe and function. He had to leave the hospital every night without his wife and son and look after our pets. He held me when I sobbed as I was discharged and had to leave the hospital without Jack. He drove me around for 6 weeks after my c-section. He waited up until 12.30am with me so I wouldn’t be by myself expressing milk at home, even once he’d gone back to work. We sat together by Jack’s incubator watching him and watching the monitor. He sacrificed his own desire to cuddle Jack so that I could have the important Kangaroo Care that would stimulate my milk production and help us bond. He waited 3 weeks for his own first cuddle as he’d developed a sniffle and didn’t want to pass anything to Jack. 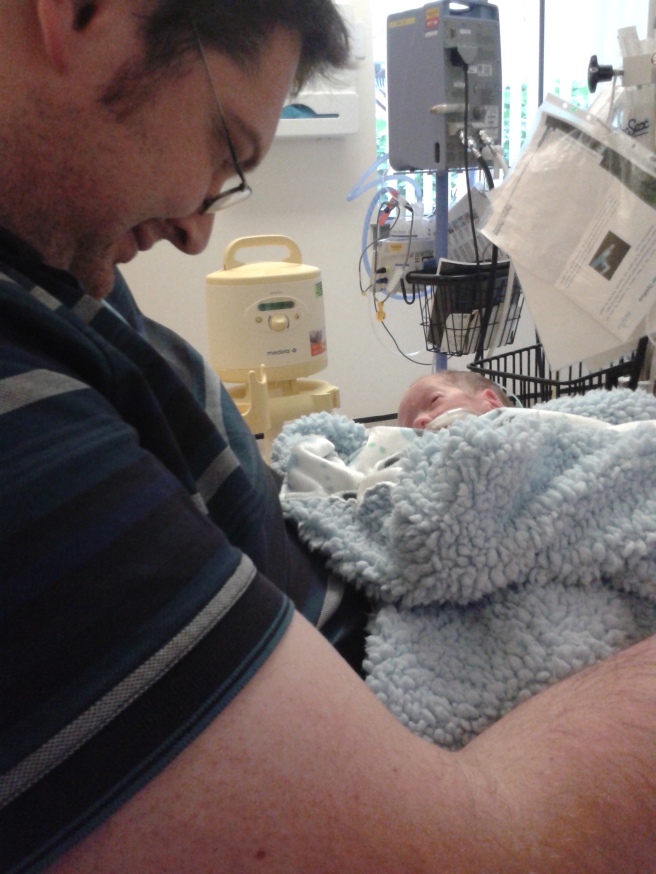 He held me as I sobbed on the night that we got the 2am phone call saying Jack was back on c-papp in Intensive Care because he was struggling. He sat next to me when I was hooked up to the breast pump. He let me push the pram on our first walk around the hospital as a family. We learnt how to change nappies and give Jack a bath together. He got upset when he wasn’t well enough to visit Jack with me. While I was rooming in the flat for 3 nights before Jack was discharged, he rearranged our entire house and built the cot up and made space for all of Jack’s things.

I cannot describe how supportive Andrew has been to me and to Jack but above are just some of the things he went through and did for us. I am so grateful. He was strong when I was not. He was hopeful when we had less than good news while I was busy worrying. Andrew and all the other Premmie Dads are amazing.

Andrew is am amazing Daddy as I always knew he would be. Jack beams when Daddy comes home from work and loves cuddling with him. Andrew does give brilliant cuddles! He is so proud to tell everyone about Jack and to show him off. He absolutely glows with pride as he explains that Jack is a fighter and a hero.

So here’s to Andrew and all the strong Premmie Daddies out there, supporting the Mums when they feel down and the babies when they are growing and learning. You are incredible. 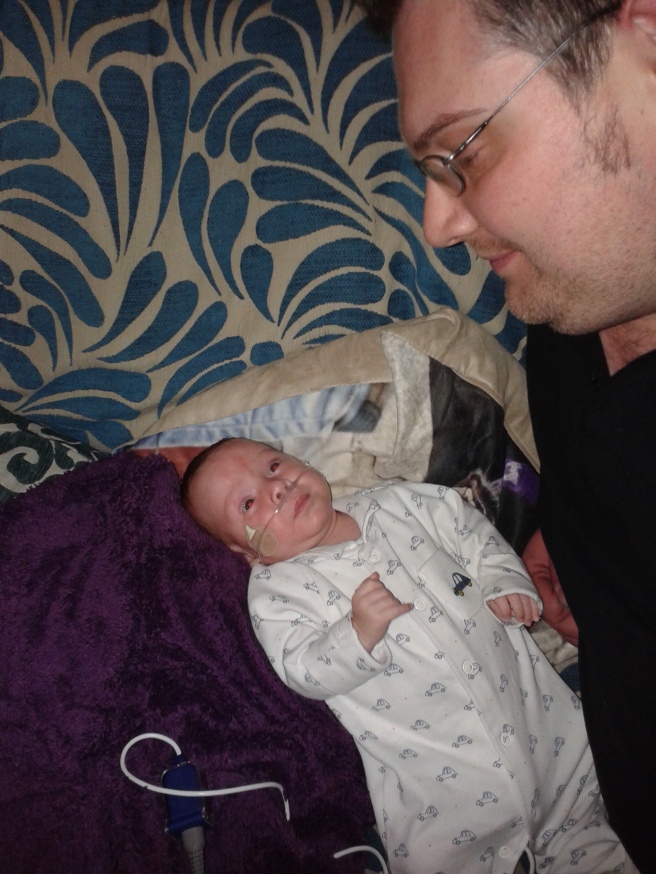 One thought on “Shout out to all the Premmie Dads”